Access applications decided on a case by case basis but if offered will always require Distinctions in all Maths & Physics credits at Level 3.

We consider applicants offering Pre-U Principal Subjects or a combination of the Pre-U and A levels, provided a minimum of three subjects overall are taken. We recognise the benefit of the Global Perspectives and Research (GPR) course in developing independent study and research skills. While we would consider this as evidence of motivation to study a specific subject in more depth, we do not generally include it as part of our offer conditions. However, it may be used to further consider an application upon receipt of final examination results.

We recognise the benefit of the Extended Project in developing independent research and critical thinking skills. We would consider this as evidence of motivation to study a specific subject in more depth, and while we do not generally include it as part of our offer conditions, it may be used to further consider an application upon receipt of final examination results. www.lboro.ac.uk/study/undergraduate/apply/entry-requirements/

We accept a wide range of international qualifications for entry as outlined on our website – please view the individual course typical offers on our website and choose Ireland in the Country/region drop-down field for more information.

BTEC Level 3 National Extended Diploma in Applied Science: DDD with Distinctions in mandatory Units 1-5 plus A Level Maths grade B.

AA in Maths and Physics, plus Highers at majority A/B grade.

Applicants taking the Welsh Baccalaureate Advanced Diploma will be asked to achieve the A level requirements for their course as part of their qualification. The Skills Challenge Certificate will be accepted alongside two A levels providing individual course entry and subject requirements are met. www.lboro.ac.uk/study/undergraduate/apply/entry-requirements/

In our MPhys (Hons) Physics with Theoretical Physics degree you will be given the opportunity to develop the skills of a theoretical physicist and the physics thinking that has the potential to alter the way you look at the world around you.

The power of physics, more than any other science, comes from its theoretical foundations. These have led to the unification of electricity, magnetism and optics and the development of quantum theory, and through these the technological revolution that has shaped much of the world we live in. It has led to the creation of technologies such as telecommunications, material science, chemistry and the transistor (and microchip).

The power of theoretical physics is illustrated by Dirac’s prediction of antimatter in 1928 four years before its discovery in 1932 by Anderson. A further illustration is general relativity, which Einstein derived in 1915 from a few basic principles and whose predictions are still being confirmed, from gravitational lensing in 1919 to LIGO’s detection of gravitational waves from black hole mergers in 2015: even here there are technological implications, as general relativity has to be taken into account for the correct operation of GPS.

Our Physics with Theoretical Physics MPhys (Hons) degree will provide a solid understanding of core physics with an emphasis on theory, and on the formulation and solving of physics problems using mathematics and computing.

In addition to the core physics course, you will take additional modules that will provide the opportunity to think like a theoretical physicist and understand what it means to progress the theoretical underpinnings of physics.

For a full list of areas studied, see the 'What You'll Study' section of the course page on our website.

Coursework is based on a variety of tasks including individual essays, projects, laboratory work, contribution in tutorials, group work and presentations.

£25,000
med
Average annual salary
94%
med
Employed or in further education
89%
med
Employed in a role where degree was essential or beneficial

Although the subject has seen a bit of resurgence in recent years, the UK is still felt to be short of physics graduates, and in particular physicists training as teachers. If you want a career in physics research — in all sorts of areas, from atmospheric physics to lasers - you'll probably need to take a doctorate, and so have a think about where you would like to do that and how you might fund it (the government funds many physics doctorates, so you might not find it as hard as you think). With that in mind, it's not surprising that just over a fifth of physics graduates go on to take doctorates when they finish their degree, and well over a third of physicists take some kind of postgraduate study in total. Physics is highly regarded and surprisingly versatile, which is why physics graduates who decide not to stay in education are more likely to go into well-paid jobs in the finance industry than they are to go into science. The demand and versatility of physics degrees goes to explain why they're amongst the best-paid science graduates. 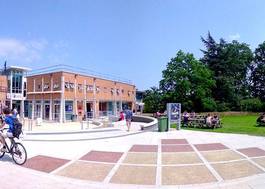 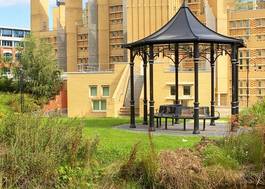 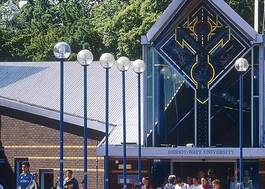 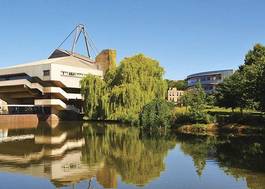