In recognition of the excellent preparation that the Extended Project Qualification provides to students for University study, we now include achievement in the EPQ as part of a formal offer.  Eligible applicants would receive two offers,  our usual offer plus an alternative offer of a B in the EPQ and one grade lower in their A level subjects

Gain a high level of expertise in German and immerse yourself in its culture. Address the issues facing the country, and gain a broader view of the world's most pressing problems through the joint study of international relations.

Become confident and highly skilled in written and spoken German. Master the fundamental elements of the language, to the point where you will graduate with a near-native command of it. Our small language classes are led by native speakers, and direct access to expert staff for help and feedback ensures you develop your language skills to the best of your ability.

Enhance your learning through a wide range of optional modules in German and German-speaking history, film, literature and linguistics, and gain an in-depth knowledge of the country. Explore topics such as German cinema, the reunification of East and West Germany in 1989 and what life was like in the former German Democratic Republic.

The Department of Modern Languages and European Studies offers the opportunity to study in a lively, multilingual community with staff and students from all over the world. You will be able to tailor your degree to your personal interests, including the opportunity to learn other languages. 98% of our research overall in modern languages and linguistics is rated as world leading, internationally excellent or internationally recognised (Research Excellence Framework, 2014), which feeds directly into your learning.

We provide accelerated learning in German, meaning that you can start at intermediate level if you have previously learnt it up to GCSE or AS level. All students achieve the same standard of written and spoken German regardless of which level you join the course at. Please check the entry requirements for more details on entry points.

Acquire a strong grounding in areas such as political ideas and international relations theory. Interact directly with staff and add your own voice to the discussion through our small teaching groups. You will have the opportunity to study a wide range of specialist core and optional modules, which cover topical issues such as European political integration, international terrorism and the Middle East crisis. Take part in United Nations and Middle East simulations and gain an insight into the political process through our innovative modules.

Our expert staff have direct experience of the world of politics and international affairs. In 2017, we achieved a student satisfaction score of 92% for our teaching in the National Student Survey.

On graduation you can expect to be able to write and speak fluently in German, an immensely useful skill, while the experience of studying and working abroad demonstrates self-reliance, adaptability and enterprise. As such, 98% of graduates from the Department of Modern Languages and European Studies are in work or further study six months after graduating (DLHE survey, 2015-16).

Put the political analysis skills you acquire through international relations to direct use in fields such as government, the civil service, non-governmental organisations and journalism.

Additionally, 98% of our undergraduate students in the Department of Politics and International Relations are in work or further study within six months of graduation. (DLHE Survey 2015-16).

Our graduates have an excellent record of gaining employment or progressing to further study. Many of our graduates use their linguistic skills in companies with a German connection. However, prospects extend well beyond translating and interpreting. Recent graduates have been recruited by employers such as Sony Europe, the Civil Service, Oxford University Press and Dow Jones.

Check our website for more details of the course structure.

£19,500
med
Average annual salary
94%
low
Employed or in further education
100%
med
Employed in a role where degree was essential or beneficial

It's often said the UK doesn't produce enough modern language graduates, and graduates from German courses have a lot of options available to them when they complete their courses. The unemployment rates last year was lower than graduates in general. Nearly a quarter of working graduates from 2015 got jobs outside the UK — mostly as English teachers — which is much higher than for most subjects. The relative strength of the German economy means there will continue to be opportunities there in the future. But more graduates went to work in London, and those who want to stay at home to work find jobs anywhere where good communication skills are a must, particularly in education, in marketing, in the arts and in business and finance as teachers, writers, personnel officers, financial advisors, analysts, sales people and marketers.. But remember — whilst employers say they rate graduates who have more than one language, you need to have them as part of a whole package of good skills. 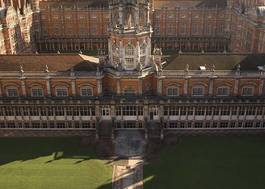 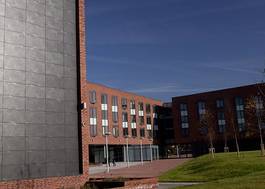 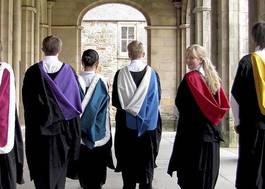