When the sun goes down, will your university keep you entertained for three years? Or will your options run dry before the end of your first term?

We surveyed more than 11,000 undergraduates to find out how they rate the pubs, bars, clubs, music venues, theatres and more, on their doorstep at university.


Which universities have the best nightlife?

This year, five universities were rated top for nightlife by students.

Here they are, in alphabetical order. Click to read why students rated them highly plus tips for where you should head if you find yourself on a night out there:
Note, while union bars on campus are usually only for those who study at that university, you won’t be restricted when it comes to places and venues in town. So if you’re a Liverpool University student, check out the comments from Liverpool John Moores University students too – they’re just as relevant.

The north dominated once again this year with the cities of Newcastle and Liverpool both seeing their main two universities rated highly, alongside the University of Strathclyde in Scotland.

What students said: tips and recommendations

We asked students where they would take a friend visiting them for a night out in their uni city. This is what they said… 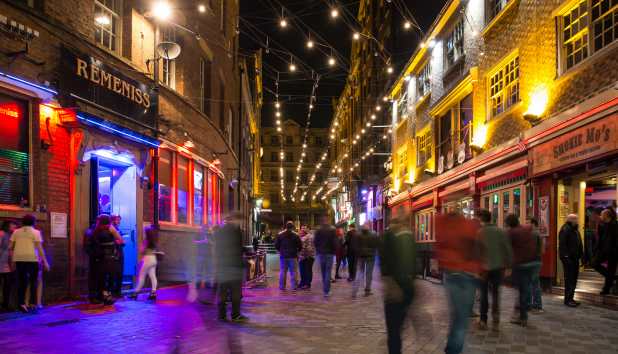 There's still one main place to head to...

'Concert Square is really good for a decent night out as all the clubs and bars are within a 30-second walk of each other – Baa Bar, Level, Mccooleys, Medication, Soho etc.'
Second year student, University of Liverpool | 2016

'The nightlife is the best that I've ever seen. It beats Malia, Leeds, Newcastle and probably loads others. In Liverpool, Concert Square is the centre of the nightlife on most nights, as this then branches off into the bigger clubs down the streets adjacent to it.'
First year student, University of Liverpool | 2016

'[There are] different places to go, each unique with a vibrant – and almost continental – atmosphere.'
First year student, University of Liverpool | 2016

'Concert square – all the main clubs are there and there are many student nights. There’s also takeaways and food nearby to have before and after a night out.'
First year student, University of Liverpool | 2017

Best of both worlds

'The nightlife in Liverpool is simply amazing, having the diversity of London areas while still retaining expectation of northern prices.'
First year student, University of Liverpool | 2016


Read about University of Liverpool or student life in Liverpool. 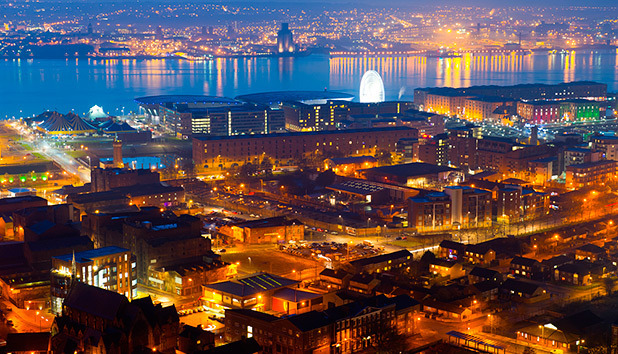 Put the cab money away

'The nightlife in Liverpool is fantastic and definitely one of the best parts of the city. Always something different to do every night.'
First year student, Liverpool John Moores University | 2016

'There are places everywhere and from the John Moores Mount Pleasant campus, the centre of town is at most a 10 minute walk – so no need to waste money on taxis really!'
First year student, Liverpool John Moores University | 2016

'Liverpool has a huge variety of clubs/pubs etc which are all very close to each other. Most are within walking distance (so no need for excessive taxi rides like Birmingham and similar places).'
Fourth year student, Liverpool John Moores University | 2016

Not to go on about Concert Square or anything, but...

'All the clubs and bars are centred around Concert Square so there’s a huge variety in one area. You can dip in and out of all the different bars depending on your taste and what offers they have on. Because it is all centred around one place, it feels very safe with police and club bouncers, so I feel confident walking [around] as two girls on their own. Liverpool is a lovely place and has a great student environment.'
First year student, Liverpool John Moores University | 2016 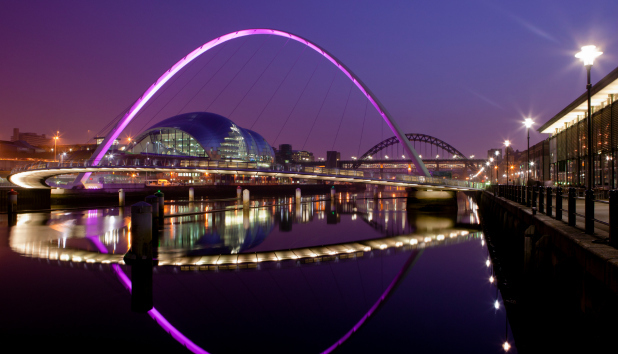 Find yourself behind bars

'I would take them to Bierkeller and get them to sing cheesy songs from the 2000s while dancing on the tables, because we're millennials and singing to Take That and [doing] the macarena has been ingrained in our psyche.'
First year student, Newcastle University | 2017


The 'trebles' are still a thing

'I'd take them to a few trebles bars – [it’s] free entry and three trebles for a fiver. Then we could go to a club nearby – you can walk everywhere in the city centre – and we'd probably go to Quids In at Illegitimate. It's cheap, highly populated with students and a great time.'
First year student, Newcastle University | 2017


Read about Newcastle University or student life in Newcastle. 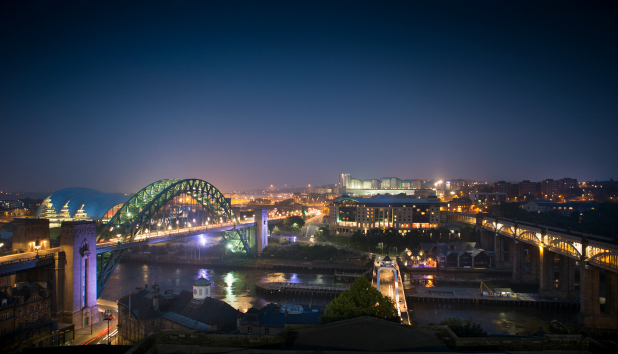 Boredom is impossible, plus it’s friendly on your wallet

'Taxis to and from accommodation are dead cheap, and so are the drinks and entry fees. Remember to put your name on guest lists! Loads of different bars with no entry fees (to save money) eg Sinners, Bierkeller, Gotham (for killer trebles), Sam Jacks… The list goes on! I LOVE the nightlife here. You will never be bored and you can be confident there will ALWAYS be something on every single night of the week.'
First year student, Northumbria University | 2016

'For nightclubs the best place for student deals are places around the Bigg Market or Digital on a Monday. However I prefer places like Rusty's, which is an area known as the 'Pink Triangle' where all the gay bars are, and which I think has the best music.'
First year student, Northumbria University | 2016

'Powerhouse is open until 4am – longer than all the other places – and is a good way to finish the night.'
First year student, Northumbria University | 2017


Don't worry if you're not into clubbing

'I would take them along the Quayside as it has a range of different restaurants and bars with a very good atmosphere and scenery.'
First year student, Northumbria University | 2017

'There are lots of different theatre/concert venues such as the Theatre Royal, City Hall, the Sage Gateshead, Metro Radio Arena and the O2 Academy, which cater for all different tastes and budgets.The Gate and Stowell Street (Chinatown) are really great places to go for a meal as there’s a lot of selection and it’s very close to the centre of town if you want to go out clubbing afterwards. ZaZa Bazaar is a great place for really cheap student meals.'
First year student, Northumbria University | 2016

'There’s a huge variety of nightlife around Newcastle – from the bars on Northumbria campus, the cheap trebles bars, a huge gay bar scene and various pubs and clubs, varying in prices, types of music and styles. There's pretty much something for everyone, and everything is within walking distance.'
First year student, Northumbria University | 2016


Read about Northumbria University or student life in Newcastle. 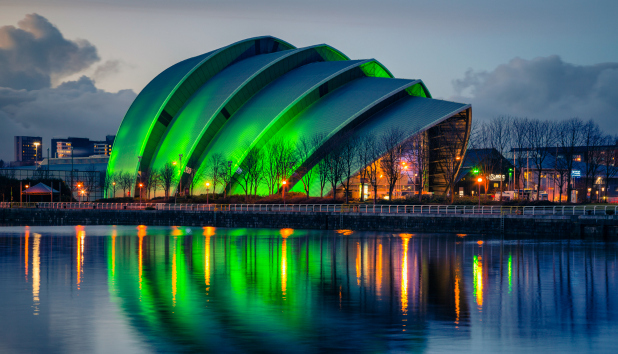 'Strathclyde is right in the middle of the busy Glasgow nightlife so there's something to suit everyone. The union is one of the best in Scotland.'
Second year student, Strathclyde University | 2016

'Strathclyde is close to the centre, which is good for getting home after nights out. There are lots of lovely small music venues for smaller artists and many different pubs for different tastes.'
Second year student, Strathclyde University | 2016

'We also have a student pub called Todd’s Bar in the middle of the student accommodation. There are about another 20 pubs that sponsor different clubs, so there is almost definitely someone from Strathclyde in these other pubs at some point (Bar Home being a very good example).'
Fourth year student, Strathclyde University | 2016


Read more about University of Strathclyde or student life in Glasgow.

Read the full results of the Which? University Student Survey 2019, including who came top for student union, sports scene and more.

About the Which? University Student Survey 2019

We asked students to score their university on how diverse the local nightlife is, as part of the annual Which? University Student Survey. Each year, Which? commissions this independent survey of current higher education students in the UK to find out more about their experience of university.

Our minimum threshold was 30 respondents per university – standard for our surveys that use this linear plotting technique, and is based upon empirical testing of a range of sample sizes we carried out in 2014.

Statistical differences between groups of universities were identified as follows. For each measure, a mean score on the 1-10 scale was calculated for each university. Analysis of variance was used to establish whether there were any significant differences between the means, and then a linear plotting technique was used to identify significant breaks between the means of groups of universities. The groups with the highest mean scores were reported as 'highly rated'.

All surveys were conducted by YouthSight on behalf of Which?, in March/April of the respective year.

Please note, student comments in this feature range from 2014-2018.