How to become a police officer

Dealing with criminals on a daily basis, unsociable hours and dangerous scenarios – becoming a police officer is genuinely challenging, but that’s also what can make it so rewarding

A career in the police force offers a healthy salary and plenty of opportunity for progression, but, equally, it regularly demands anti-social hours and is a potentially stressful profession.

As the Institute For Apprenticeships says:

Being a police constable (officer)* is a physically and intellectually demanding occupation, requiring high levels of emotional intelligence, strong behavioural interpretation skills (understanding behaviour in an individual, social, and cultural context) and an ability to analyse and resolve rapidly evolving events.

Police constables have a unique employment status, as every police constable is a warranted officer, making autonomous lawful decisions including taking away an individual’s liberty if required.

Police constables exercise wide-ranging powers to maintain the peace and uphold the law across complex and diverse communities. They must justify and personally account for their actions through differing legal frameworks including courts, while also under the close scrutiny of the public.

With there being such a wide range of roles within the policing profession, there's plenty of scope for career progression.


Skip ahead:
Not interested in becoming a police officer? Browse all of our careers and job guides.

What does a police officer do?

As a police officer you'll carry out a wide range of tasks, such as:

How to become a police officer 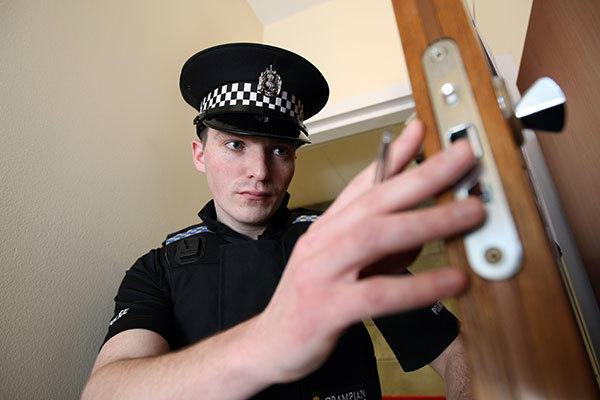 If you're considering a career as a police officer, look at the list of skills and qualities below and try to think of instances where you can show that you have these:
How to get the most from work experience.

What to expect as a police officer

According to Graduate Prospects:

Unsocial hours, shift work and emergency call-outs are a regular feature of the job. Regular shifts are not usually longer than 10 hours, but overtime may be available and is paid at a higher rate. The daily working environment is variable. You may be in a patrol car, outside on the beat, at the station or attending court and the environment can be physically demanding, potentially dangerous and at times deeply harrowing.

A police constable with two years’ experience after graduating from university shares what they wished they'd known before applying:

Policing is a challenging job, underestimated by many, and the learning curve is incredibly steep. Combined with sometimes low morale, shockingly outdated IT and dealing with criminals daily, it's perhaps not surprising.

All I can say with regards to this is that it passes and it's worth holding out until you are at least 18 months in. By this point most recruits should have the experience and knowledge to know if the job is for them...

Once you are out of your probation period (two years) the job opportunities within the police are huge...

Suffice to say there's a world beyond uniform frontline policing and those who feel out of place in their initial posting would do well to hold out and try to specialise.

How you become a police constable in England and Wales is changing. The College of Policing really wants to emphasise that you do not need a degree to become a police officer.

However, under the new Policing Education Qualifications Framework (PEQF), you will have to gain a degree if you join through the new Degree Apprenticeship Programme. This will be one of the three ways you can become a police constable. Learn about these below.


Routes to becoming a police officer: vocational vs academic

From January 2020, new police constable recruits will have three ways of entering policing and learning to carry out their role:

What qualifications are required to become a police officer?

This route normally takes three years with both on and off-the-job learning. Upon successfully finishing the programme, you'll complete your probation and achieve a degree.

However, police forces are already saying slightly different things, as you can see below (so always check with the individual force).

Join with either a Level 3 qualification, A-levels or GCSE/O levels and some relevant life experience and we will enrol you on the police constable degree apprenticeship.

This sees a new officer recruited (potentially with no previous qualifications) and entered on to a three-year degree course.

This route normally takes two years, and the learning you undergo is recognised as a graduate diploma in Professional Policing Practice (upon completion of your probation).

A popular degree for those considering policing is criminology, given the overlap in subject matter.

When asked about criminology graduates, Mike Cunningham, chief executive of the College of Policing and former HM Inspector of Constabulary, said:

A degree in criminology combined with being a special constable is a very useful combination when you are being considered. You must then apply your experience to the published selection criteria.

You could also apply though Police Now, a two-year programme that offers graduates with at least a 2.2 qualification and a C/4 in English Language GCSE the chance to become police officers, which has partnerships with 16 police forces across England.


Does being a graduate help you in your police career?
This police constable believes so:

Soft skills acquired at university have undoubtedly helped. Knowing how to write coherently and persuasively is critical to many aspects of policing – eg submitting a case file for charging to the Crown Prosecution Service.

Good study skills are also very helpful in the police – exams are everywhere! Anyone going for promotion or specialist roles – eg detective – will need to sit exams. In my experience, graduates often have an easier time passing these exams first time than non-graduate colleagues.

Presentation skills are a big one too – ahead of every operation, warrant or major arrest, a briefing needs to be given to the team. Strong public speaking skills learned in university can be a big help here.

Being a special constable can be included in this route.

Take a look at Professional Policing degrees, including student satisfaction stats, entry requirements and what they involve. For example, at the University of Derby you can become a special constable as part of your course.

These courses will often have strong links with their local police forces. For example, the University of South Wales works in partnership with Dyfed-Powys Police and works closely with South Wales Police and Gwent Police.

That said, there is no guarantee of a job at the end of a Professional Policing degree.


Search for a degree course here on Which? University and narrow down your options.


Becoming a police constable: experience that can help you

Mike Cunningham, chief executive of the College of Policing, says:

Being a special constable will give you very valuable experience when going through the selection process. It will also give the chief constable the chance to accredit your experience to the professional qualifications that you will take if you become a police constable.

Look at the information on becoming a special constable on the individual police force websites.


Got your dream work experience? Learn how to make the most of it.

PCSOs are out on the streets, talking to local people, supporting officers, preventing crime, managing traffic and building relationships. Salaries range between £19,000 and £23,000.

Look at the information on becoming a PCSO on the individual police force websites.

You apply to your local police force and search for Volunteer Cadets in their careers sections.

Experience of working in the community
You could have been in the armed forces, worked in social care or played sport to a high level – but what's important is that you can relate your experience to the published selection criteria. 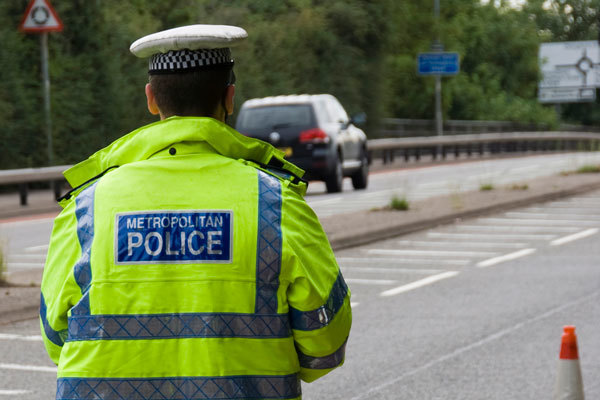 How to apply for the police force

Depending on the police force you apply to, it's likely that you'll need to do the following:
Writing a personal statement as part of your application? Read our full guide to personal statements, including what to write.


You'll also need to meet certain eligibility criteria relating to:
For example, take a look at the criteria set out by Northumbria Police.

Top tip! For those going through the police application process, one police constable shares his advice:

I would say what assessors are looking for (particularly regarding the e-tray and roleplays) is not the 'correct' answer, but a good rationale for why you have chosen a particular answer.

I think this is because every significant action you take as a police officer results in you writing a statement where you need to describe in precise terms what happened, and if you did something, why you did it. Bad decisions are accepted provided there's a rationale, and 'integrity is non-negotiable'.

After your two-year probationary period, you can apply for specialist units, such as:
That said, some police officers will spend their whole career as a police constable.

Here’s the rank structure in police forces:
Also, our police constable comments on the apparent 'low morale' prevalent in the policing profession:

New officers should also remember that those who are griping and moaning about the job are comparing the present day to a (often rose-tinted) version of the job as it used to be. I had no experience of the job 'as it once was' so therefore I don't know if it used to be better. I have evaluated the job on its own merits and enjoy it immensely.

Where to find more information

College of Policing: professional body for those working for the police service in England and Wales.

National Careers Service: information and advice about training and work across England